I left and arrived.

For the first time in my life, I have felt like a real traveller.
Taking it more than two or three hours to get there and having several stages to reach the final destination has made me feel in a different way, in a manner that I had never felt before.
Some months ago, I started reading the story of Claudio Pelizzeni, and I couldn’t exactly understand the reason why he decided to take a trip of the world without taking planes.
So, two flights and eight hours in a bus later, I can say that, at least for a part, I understood its reason.

My departure started at 4am of a Sunday morning, when I rushed to Bergamo airport (not exactly near home). I got there just twenty minutes before the gate closed, and a great boost of adrenaline as first thing in the morning made me slalom all the way through the security check.

Milano Bergamo – Madrid, and after a flight spent chatting with a Spanish girl sat next to me, I got to the capital.
That capital that took a part of my heart three years ago and another one five months ago.
With five hours available, I started wandering looking for some water. But on Sunday almost everything is closed, even in the capital.
The only ones who are always there are the Jehova witnesse, and some people chat with the elderly, others, like me, start a discussion with them after asking where I could buy a bottle. It still is practice, isn’t it?

The second stop in Madrid, of course, had to be the Prado museum. The only person wandering with shorts and trekking boots was me, but I had a blast. However, the funniest thing of the day was the Japanese man who, queuing for the Prado, bumped into my backpack. A 50l backpack. All full. Violet. He was the only one who could do so – and he earned the laughter prize.

I even managed to visit a friend I met  in Venice during her Erasmus, and then I ran to the South Station to catch a Flixbus. Eight hours and a half that I expected to be endless. On the other hand, they went by incredibly fast – thanks to both the stops we made every two hours and some movies and Netflix (for sure, Las chicas del cable is an amazing serie)! 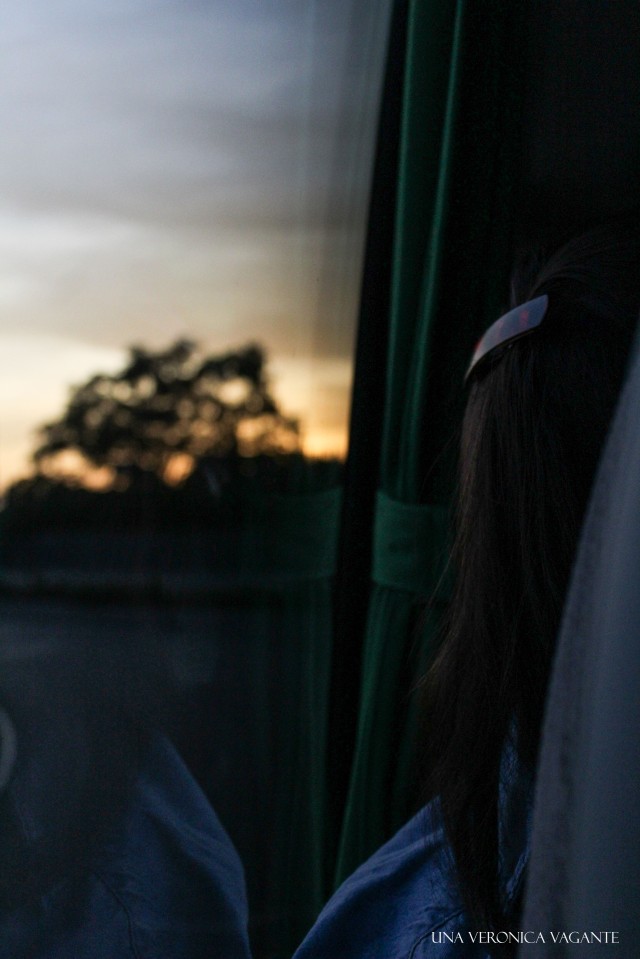 Getting to Terceira the following morning was incredible. A whole flight on the ocean, and then the beautiful and typical terraced of the island.
On the island, the buses work in quite a unique way, and after walking all the way from the airport to Praia da Vitoria (about 4 km, nothing too difficult), I used a mixture of Spanish and Portuguese that I can speak, and I managed to find the bus that could bring me to Angra.

And surprise! As soon as I got of the bus, Taisuke, a Japanese guy I met at the airport, as desperate as I was looking for a bus, was in front of me. And as he would have had enough time before being able to move around the island, we spent some time together, asking for tourist information and then having lunch together.

Nina and Sergei, the owners of the Banana Eco Camp, the place I will stay in for at least the next couple of weeks, have been super nice and they picked me up in Angra. The super cute and blonde Janette talked to me, half in English and half in Russian, till we reached the Camp.

Two hectars of plantation, not only of bananas, but also maracujas, mangos, avocados, coffee, watermelons… there is a little bit of everything surrounding the wooden cabins and the tents. A very unique place.
At the Camp I met Denise, a Swiss but Portuguese girl on vacation here, and we went together for some exploration.

However, I will tell you wht I discovered next time, because the story is getting too long. 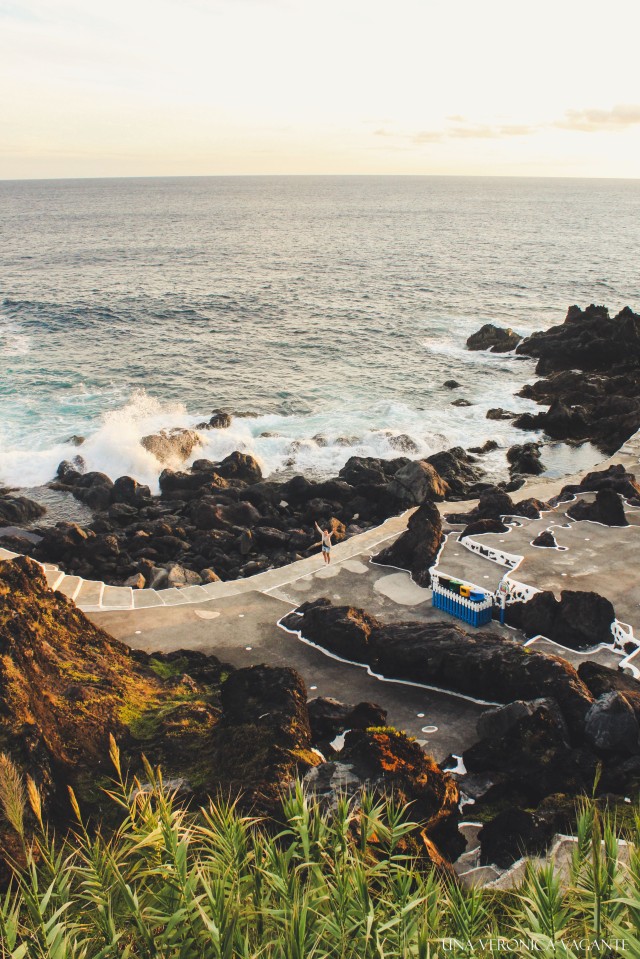 Do you have any questions?
Leave them down below in the comments – they will help me!